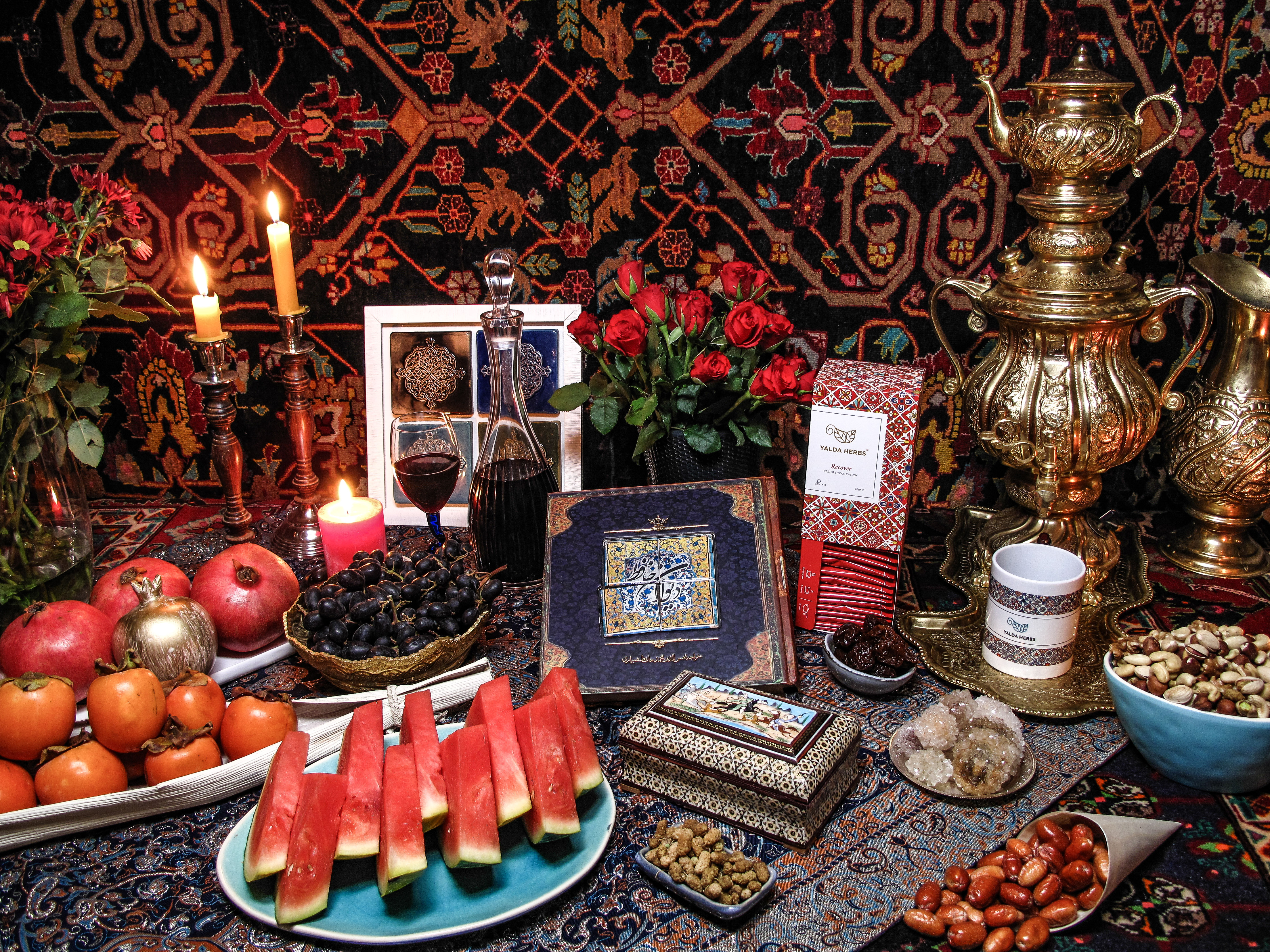 Iranians around the world celebrate Yalda, which is one of the most ancient Persian festivals. The festival dates back to the time when a majority of Persians were followers of Zoroastrianism prior to the advent of Islam.
On Yalda festival, Iranians celebrate the arrival of winter, the renewal of the sun and the victory of light over darkness.
Considered the longest night of the year, Yalda eve is the night when ancient Iranians celebrated the birth of Mithra, the goddess of light. 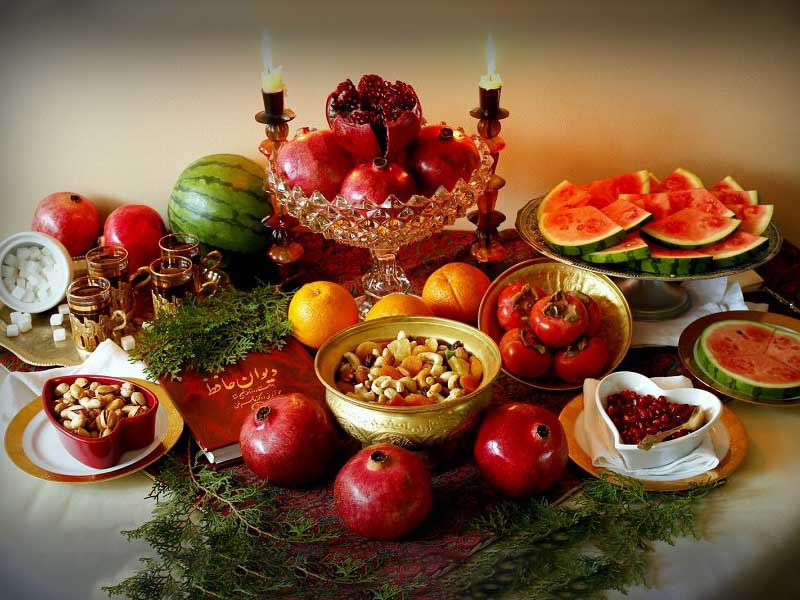 Yalda, which means birth, is a Syriac word imported into the Persian language. It is also referred to as Shab-e Chelleh, a celebration of winter solstice on December 21–the last night of fall and the longest night of the year.
On this night, family members get together (most often in the house of the eldest member) and stay awake all night long. Dried nuts, watermelon, herbal drinks and pomegranate are served, as supplications to God for increasing his bounties, classic poetry and old mythologies are read aloud as well.
Iranians believe those who begin winter by eating summer fruits and drinking herbal drinks would not fall ill during the cold season.
Pomegranates, placed on top of a fruit basket, are reminders of the cycle of life-the rebirth and revival of generations. The purple outer covering of a pomegranate symbolizes birth or dawn, and their bright red seeds the glow of life.

As days start lengthening, ancient Iranians believe that at the end of the first night of winter which coincides with December 21 this year, darkness is defeated by light and therefore they must celebrate the whole night. As the 13th-century Iranian poet Sa’di writes in his book Boustan: “The true morning will not come until the Yalda Night is gone.”

Today, Christmas is celebrated slightly off from Yalda Night. However, Christmas and Yalda are both celebrated in a similar fashion by staying up all night and celebrating it with family and friends and eating special foods.

Coinciding with the beginning of the winter, Yalda is an occasion to celebrate the end of the crop season. It is today an event to thank the Lord for all blessings and to pray for prosperity in the next year.